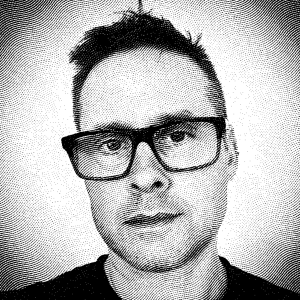 Finances for Artists? File under: Things I wish I knew when I was <insert age>

Artists shouldn’t talk about money. Screw that. Let’s go! Or jump straight to the details….

When I was a kid, I got a job so I could buy comic books. And then another one because I was going to go to the UK with a group from my high school. Another one when I wanted to move to Vancouver, away from my suburban family home. Money in, money out. I still have the comic books, but I’d rather hoard those golden gems and pass them along to my son. The UK was a terrific experience – as was all of the travel I ever did, ever. Moving to the city could have waited, but I was newly hungry for life! Money well spent. No regrets. Except that…

In a nutshell, my artist financial life was void of savings, heavy with debt, and filled with in-the-moment spending. I was an artist, and accepted that I would never own a home (eventually I did), and that the struggle was a part of the deal. When faced with experience or things, I chose experience. If anyone had ever sat me down to give me a plan, I wasn’t listening. Certainly I heard the “you should save X% of your paycheque” and the “put money aside for the future” regularly. My response? I have bills to pay. And it was true. I had rent, food, rock concerts, comic books, pub with friends, lunches, clothes (you see where this is going don’t you?) to pay for. More cliches: hindsight is 20/20. I was under earning and I was over spending. For years.

I moved to Toronto with a credit card and a thousand dollars in the bank. I went to media design school in the hopes of having a brilliant career. I was selling paintings, but just barely getting by. I took day jobs for peanuts as a flash animator, but was just barely getting by. Eventually I decided I needed a change. I wanted to be independent of debt. It was hard to wrap my head around. I’ll repeat myself… I was under earning and I was over spending. For years. See the pattern?

It was my thinking that needed to change.

A friend once told me a Czech proverb: I’m too poor to buy cheap shoes. The sentiment is likely echoes in many countries in some way or another. It’s simple – which is what makes a good proverb. I decided (literally) to apply it to buying shoes.

I loved shoes. I have so many favourites, but would only buy one pair at a time. Vans were my favourite. I would scour the Yonge Street shoe liquidators for the cheapest possible prices. I would buy a pair of cheap sneakers, and wear them proudly until the heal was worn through, and the sole separated from the upper. Then, I would sacrifice a night at the pub with friends, scrape together a few dollars, and go back to Yonge Street for shoes.

Although I still looked for sales, I started applying the Czech proverb to my shoe buying. I upgraded the skate shoes I would buy to a higher end pair. Since all shoe manufacturers have multiple tiers of quality for most of their styles. I could still get my favourite skate shoe, but at a higher price and superior quality. I added to this proverb, in that I decide to not turn down an incredible deal if I found one and could afford another pair of shoes. I began balancing my footwear use – which reduced  wear on any single pairs of shoes I owned. It’s a silly concept – but I bought more shoes and wore them less. Eventually, I was ahead of the game, and never was without a reasonably good pair of shoes. This got me thinking, and thinking is golden. Think more.

I included this concept in other things. I looked for quality over quantity in my favourite things. I was shifting to a tomorrow mindset.

Over time, I started to move away from debt, and began to save very small amounts of money. I made a conscious effort to do away with the poorly conceived idea that $25 is better spent than saved. I watched small amounts of money add up, but only because I was adding to it. Saving money in a bank became less effective the more I saved. It just sat there, waiting to be added to or spent. I paid high fees for the privilege. Like the ‘Worm Composting Theory’ in which things you start paying closer attention to suddenly start to appear everywhere, I began to see adverts for WealthSimple. Let’s speed this up.

The Age of Apps… or the App Age. Or whatever. We are in it, it is here, we are a part of it. WealthSimple had an app. In fact, they had two. Presence tense, I downloaded them both and have them both. I started with WealthSimple Invest. Super basics – you sign up, connect your bank account, and move dollars into the virtual world where WealthSimple invests it for you with some minor control over how it is invested (we are talking ETF’s). I did this for a while, and noticed something wildly unusual. My dollars began to noticeably replicate themselves. It was called ‘interest’. You’ve heard about it. The banks talk about it. For years I was paying it… and not receiving it. Yet, here I was shifting gears. With this app.

I’m inviting you to try WealthSimple here. Full disclosure – if you follow this link, we both get a kick-back from WealthSimple. You don’t have to click the link. You can google it and get started on your own. Or find out if one of your friends can benefit from inviting you to WealthSimple Trade and Invest. It’s all the same to me.

I started using WealthSimple Trade. WealthSimple Trade was a different thing for me altogether. It placed me in a space I never thought I could be a part of (foolish me). Buying shares in companies. I’d heard about it since I was little kid. People were losing money in the stock market. People were making money in the stock market. The stock market is Bullish. The stock market is Bearish. For 20 years we would say ‘if only we had invested in Apple, Google, Amazon and on and on and on’ without really having thought it could have been possible. I mean, I had never once been told “you can go down to this place and talk to these people and give them some money and they will take that money and INVEST it….”. That was for other people. That was for rich people. Now, we are in the age of Apps. We are in the age of bright new digital opportunity.

I transferred $100 into WealthSimple Trade. I let it sit there staring at me while, for months I browsed stocks. Researched. Talking to my friends and family about investing. WealthSimple Trade added Crypto. I ignored it. Eventually, I began investing in stocks. Slowly. Cautiously. Learning as I went. I added Crypto to my portfolio. It sat there. They gave me two options: Bitcoin and Ethereum. ETH was around $800 each. At the time, investing $800 in a single ETH would be very risky behaviour for me. I understood how volatile it was. But, I didn’t really understand it so I did more research. I decided to start putting small amounts of money into Ethereum Crypto currency. I started with $100. I could invest incremental amounts (since a single ETH was high for me at $800). I watched Ethereum move from around $800 to over $1200. My tiny investment grew. I imagined $100 in a high interest saving account for a month, and got more serious about investing in Cryptocurrency* and the stock market.

The message is, as an artist, I never saved any money. I never invested any money until we bought a house. I didn’t have a financial future. I had money in, money out. Over time, after a little bit of research and some learning moments (ie: small wins and losses) I began to see my dollars grow across multiple channels. I learned not to panic when the dip comes. Overall, I have never invested so much money in any single stock or currency that if things went sideways I would lose everything. Instead, I started slow and steady.

Now, my message to other artists is simple – WealthSimple. I know, I know. Cheap wise-cracks. My message is ‘invest’ money – don’t save it. I mean, you can save if you want, if the level of risk is right for you, but over decades (because we need to look at this as a long game) you’ll want to have the best possible, and most diverse portfolio of investing. No one is going to set us up for the future other than ourselves. It’s the little things that make a difference. And, I want you to feel the way I finally do. Calm. Secure.

I also buy art from living, independent artists. I buy records. I buy comic books. I try to share my knowledge and experience with others so they don’t wander around like I did… not knowing.

I respectfully acknowledge the lands and people of the Mississaugas of Scugog Island First Nation.

The lands my studio rests upon are territory of the Mississauga, a branch of the great Anishinaabeg Nation, including Algonquin, Ojibway, Odawa and Pottawatomi.

I acknowledge this land out of respect for the Indigenous nations who have cared for Turtle Island, from before the arrival of settler peoples until this day.